Most teenagers who leave home for college haven’t lived on their own before. The newfound freedom is exhilarating, but these young adults are more vulnerable to sexual abuse and harassment than their peers who aren’t college students. Female college students are three times more likely to experience sexual violence than women in general. While there’s always a risk, universities have to protect their students from sexual misconduct, especially at the hands of faculty. Sadly, they often fall short and even enable the abusers who traumatize students. The University of Michigan is facing a reckoning after allegations from former and current students that the school swept sex abuse under the rug for decades. The survivors of institutional sexual abuse may be entitled to compensation, and lawyers in Michigan can help survivors seek justice.

Long Term Abuse at the University of Michigan

An independent report released earlier this year investigated Dr. Robert Anderson, a university physician and athletic team doctor, who was employed from 1966 to 2003. The investigation found that the doctor sexually abused more than 800 students during his 37 years at the university. Officials knew about the abuse as early as 1978, but Anderson was able to work at the school until his retirement. He died in 2008. Anderson was able to prey on students in the open and only faced scrutiny years after his death. One former UofM football player told CNN that coaches would jokingly threaten athletes by saying they’d be forced to undergo an exam from Anderson if they didn’t work harder.

Protected By The University

There are distinct similarities between Anderson and Larry Nassar, a former doctor at Michigan State University and athletic physician who was sentenced to 175 years in prison for sexual abuse. Both men abused patients under the guise of medical necessity and conducted invasive genital exams during routine physicals. The most prominent differentiator is that Nassar was held accountable for his sexual misconduct. Grewal Law, an experienced team of attorneys in Michigan, represented one-third of the plaintiffs involved in the Larry Nassar sex abuse lawsuits and helped win $500 million.

Universities arguably have a moral responsibility to keep students and faculty safe. When it comes to sexual abuse, schools that receive funding from the federal government are legally obligated to respond to sexual misconduct quickly and effectively. Title IX of the Education Amendments of 1972 prohibits sex-based discrimination, which includes sexual harassment, sexual abuse, and sexual violence. If a university doesn’t comply, they’re at risk of losing millions of dollars in federal funding. A University of Michigan student recently filed a class-action lawsuit on behalf of all students against the school, alleging that university officials violated Title IX regulations and failed to properly investigate Robert Anderson. The university responded by saying the lawsuit was “completely lacking in any basis for legal action.”

The University of Michigan has publicly said that it is committed to reform and recently announced the creation of an Equity, Civil Rights and Title IX Office to expand its work against discrimination and Title IX violations. The school now provides trained chaperones for students and other patients during invasive exams, prohibits student-professor relationships, and requires employees to go through sexual misconduct training. But for the hundreds of people preyed on by Anderson, the efforts are too late. University officials over the years looked away from sexual abuse and endangered countless students in the process. Thirteen years into Anderson’s tenure, he was demoted after allegations of sexual impropriety but still given access to students.

The People Most At Risk

Sexual assault perpetrators are well aware that their authority leads people to trust them, and they take advantage of this when grooming people. Many of Anderson’s victims said they didn’t question his invasive examination techniques because they thought he knew what he was doing. Those from vulnerable populations are more likely to be targeted by predators, and Anderson was no different. Athletes from poor families and LGBTQ+ students were regularly preyed on by Anderson. These students were often afraid to lose their financial aid or trusted the doctor because he didn’t judge them for their sexuality. He used his prestigious position to cover for predatory behavior, and the university didn’t stop them in the process. Surviving an experience like this can leave people distrustful of those in power, which can have long-reaching implications. Being afraid to go to the doctor, for example, can lead to missing serious health problems.

It’s a common myth that only violent sexual abuse has long-term consequences. Sexual harassment in the workplace can cause depression, anxiety, and post-traumatic stress disorder. It can also lead to physical manifestations of stress like muscle aches, headaches, and high blood pressure. Sexual abuse can lead to thoughts of self-harm, substance abuse, panic attacks, eating disorders, and suicidal ideation. Many of Anderson’s victims lived with the pain in secret for decades, with some saying it caused heart attacks and even led them down the path to prison.

Nothing can undo the trauma caused by sexual abuse, but victims should seek justice from the institutions that failed to protect them. Some people worry it’ll cause more distress and isn’t worth the effort. It all depends on who’s representing a plaintiff. Lawyers for abuse victims are experts in this sensitive topic and well-versed in getting survivors the settlements they deserve.   It’s almost certain that not all of the victims of Anderson have decided to speak up publicly, which means that people abused by these leaders may be suffering silently. It’s also unclear whether any other predators worked at the university and abused students and employees without facing any consequences. UofM has a legal mandate to protect its students from sexual discrimination, and it has clearly failed in the past.

The WilmerHale law firm was hired by the university last year to conduct an independent investigation into Anderson’s conduct. The firm released a 240-page report that contained damning details about how precisely the school failed its students. University employees ignored rumors of his inappropriate behavior, and some outright disregarded complaints from students about the doctor. In one instance, Anderson didn’t deny the accusation and instead apologized. Instead of dismissing him or reporting his behavior to law enforcement officials, university officials quietly oversaw his transfer to another department. The rationale at the time? That it would cause a financial burden for Anderson’s family if he were let go from his role. School officials have proven to be more concerned with the university’s reputation than the safety and wellbeing of students and employees. The university’s report confirms what many already knew — Robert Anderson was a prolific sexual abuser. Now it’s time for his victims to get the justice they deserve.

If you’ve experienced abuse due to institutional negligence at the University of Michigan, Grewal Law is part of a legal team representing over 100 survivors of Dr. Anderson’s abuse. Our sexual abuse claim lawyers provide compassionate legal counsel while advocating for victims to receive well-merited compensation. Call 888-211-5798 to schedule a free consultation today. U of M Staff heard about Anderson’s sexual misconduct with patients as soon as his employment began, but nobody investigated him, allowing him to abuse patients for 37 years. ” Over the course of his thirty-seven years as a University employee, Dr. Anderson engaged in…

Anderson sexually abused students and athletes away from home for the first time; athletes from poor families afraid of losing scholarships; gay people during a time when many doctors were afraid to treat members of the LGBTQ community; young men trying to avoid the Vietnam…

Part II: Pedophile Physician Protected by U of M Officials for Almost 4 Decades 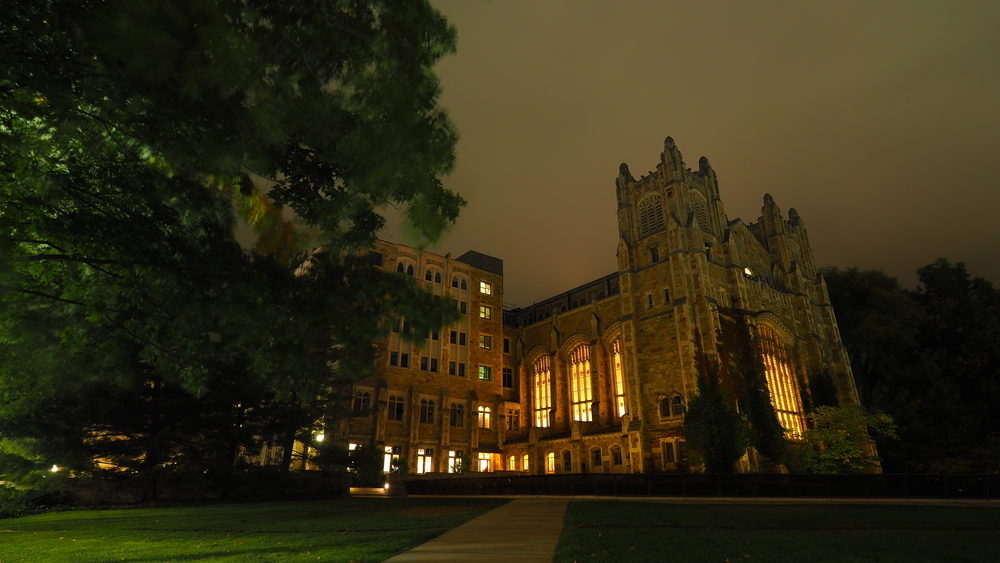 “We are talking about a predator pedophile who was protected by Bo Schembechler,” Mick Grewal said during a press conference in which Matt Schembechler and 2 former U of M football players discussed how they were sexually abused by team physician, Robert Anderson.  Matt reported… This is the question asked by a U of M football player who was sexually abused 45 times by physician Robert Anderson, who worked for U of M for 37 years. At a press conference  yesterday, Jon Vaughn, a former Wolverine and Big Ten Player… Computer Science professor Walter Lasecki will be resigning from his position at University of Michigan on August 30 following accusations of sexual assault.  U of M’s campus paper, the Michigan Daily, detailed some of the allegations last month.  According to the report by the Michigan… A University of Michigan Professor of the Year had a dark side the University knew about for years, according to the seven women who say Professor Bruce Conforth sexually assaulted them. Although Conforth taught at U of M until 2017, students say his deviant ways… According to an indictment filed in the United States District Court for the Eastern District of Michigan, former University of Michigan professor Steven Shipps has been charged with two counts of transporting a minor girl across state lines to engage in sexual activity, contrary to…

Survivors are still coming forward and initiating civil lawsuits against U of M for its role in allowing their physician and sports team doctor, Robert Anderson, to sexually abuse people for decades. Formal mediation for survivors of Robert Anderson’s sexual abuse will begin in September. …

Accused sexual predator Dr. Robert Anderson collaborated with U of M athletic directors, medical school officials and others to get patients shuttled in to him for “mandatory” physical exams and fake research studies – and he reportedly helped young men avoid the Vietnam draft in…